REO stands for a real estate owned. It’s kind of a weird term for a property that is owned by a bank. Or other financial institution.

The reason the bank owns the home is because once upon a time the bank lent money to somebody to buy it. But that person stopped paying their mortgage. Once that happened the home went into foreclosure. The bank more than likely tried to sell it for cash at an auction but no one bought it and therefore now the bank owns it.

When the bank tries to sell it again on the open market it is now considered an REO. Many buyers think that buying an REO is a really good deal but that’s just not true these days. Many times banks put a higher than market price on their homes for sale so while people think they are getting a deal if a home is an REO often it’s just priced where the market is or even higher.

REOs can also be in rough shape. That is because by the time it gets re-sold from when it was originally a foreclosure months sometimes years have gone by. The house can be in disrepair.

These days there really aren’t a lot of REOs to go around. But if the economy goes south and people lose their homes foreclosures then we will start to see more of them.

WHAT CAN WE DO FOR YOU 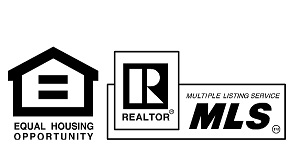